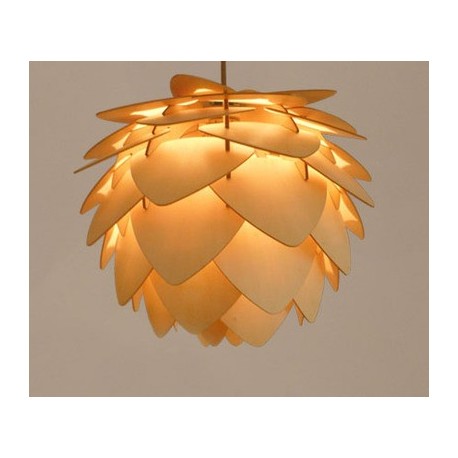 The Crimean Pinecone lamp II consists of plates and screws held without an internal frame. Light passes through gaps between the rounded forms of the plaques, which are slightly transparent themselves.

The lamp, which comes in a flat pack, has a natural wood veneer (beech), which further emphasizes the Crimean Pinecone’s fusion of nature and technology.

By buying this product you can collect up to 79 loyalty points. Your cart will total 79 points that can be converted into a voucher of $7.90.

No customer comments for the moment.

Your question is under admin approval!

You will receive an email whenever users answer to your question 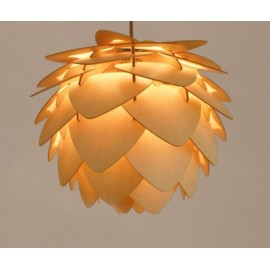 No question is available on this product.

But if in case you have any doubt you can raise your query.